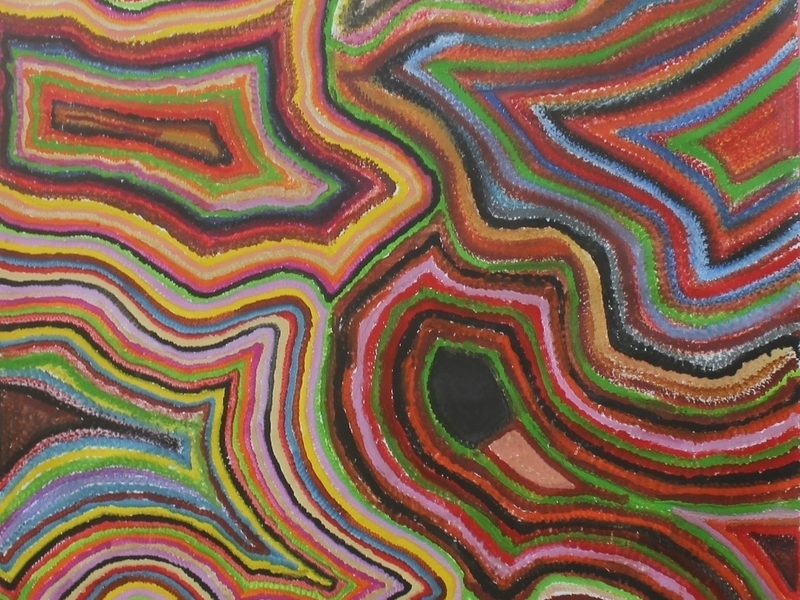 Barney was an elder of the Alawa Community. He possessed a holistic view of this country and expressed that profound understanding in mature and immensely appealing work.
The stippled brushwork gives an interesting texture to all the works. The lines are feathery or stippled rather than solid, blending between the foreground and background colours. The palette is generally bold and highly keyed, with purples, oranges, reds and browns predominating. Barney’s painted surfaces combine to produce a shimmering effect that is also seen in the recent works of Makinti Napanangka and Emily Kngwarreye’s over painting style of the mid-1990’s. The visual language conveys a poetic voice of understanding and affection for his country. Vibrant brushwork alludes to a complex system of harmonizing forces and counter-forces in the semi-tropical land. Our eye moves, sweeping across the canvas and responding to the infinite details of the feathered brushwork over the background field. Barney painted in a style where each line represents a different aspect of his country.