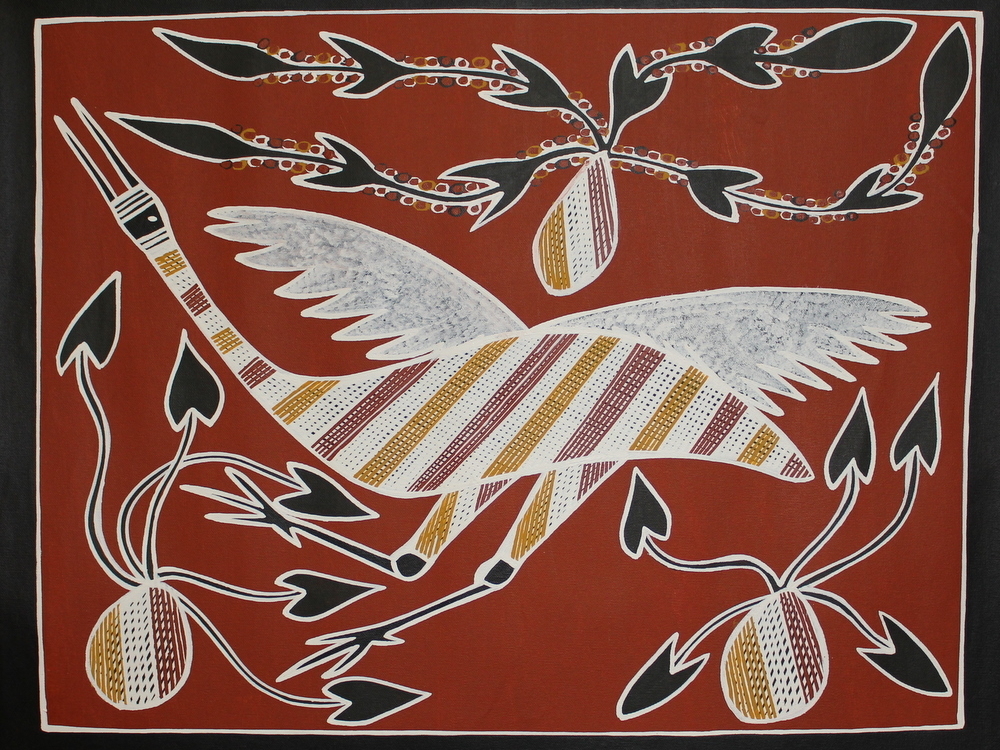 Ken Wark was born around 1947 near the mouth of the Roper River in East Arnhem Land, where the river meets the Gulf of Carpentaria.

This area is known to aborigines as Dhuruputbi and the spoken language/dialect is Balummumu/Djapu. Ken belongs to the Munungurr tribe.

Ken received no formal education and lived in isolation in this area all of his young life until the family moved to the nearest major town of Katherine. This lack of contact with “white civilization” in his formative years shows through in his paintings. He depicts in his paintings subjects,that are often associated with hunting and gathering activities such as bush foods, birds, animals and reptiles. Ken paints in the so called “x-ray” style with fine cross hatching (rrark) associated with Arnhem Land Bark paintings. He is also very well-known as a didgeridoo maker.

Ken says his father and grandfather (Doonji) have had the biggest influence on his work. From a young age Ken watched these two people paint and learnt from them and the dreamtime tales that their paintings conveyed.

In later years Ken has been influenced by David Blanasi (now deceased) and George Jungawanga (Left Hand George) in his work. During this period Ken served for some years in the local Army Reserve.

Ken’s work is sold in art galleries throughout the Territory.

Through his art, Ken hopes to heighten the awareness of Aboriginal Art in the community at large, and he hopes his children will benefit from this awareness. Ken hopes his success as a painter will influence his children to emulate him.