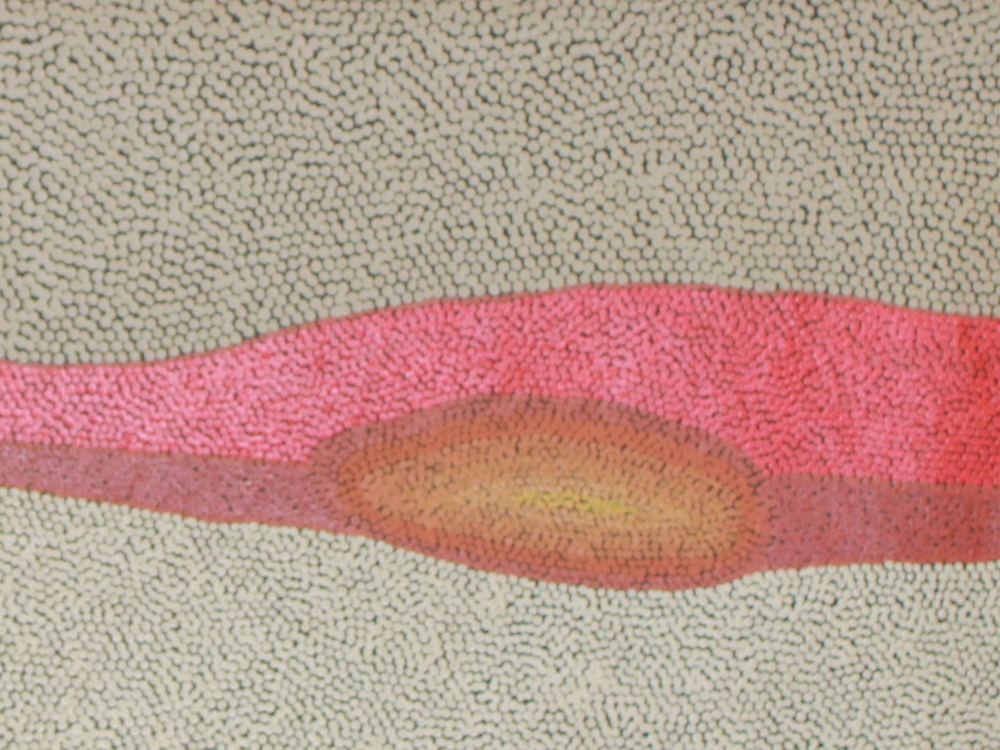 Kurun Warun (hissing swan), a member of the Gunditjmara tribe now resides in the Sunshine Coast, Queensland. His line of heritage can be traced back to Truganini the last living Tasmanian Queen.

Kurun Warun travels the world with his unique style of art dance and didgeridoo playing. He has performed solo for the US President’s (Bill Clinton) daughter, and his work is recognised around the world as being collectable value.

He gained permission from Tribal members to use certain symbols in his art. His artwork combines these symbols and symbols of his own creation.

His colours and textures feature acrylics and ochre’s. These are exciting works – feast your eyes on the many hues of blues greens, tangerines, gold, copper and silver. Together they mesh to tell his visual tales of physical and emotional traditional adventures.

Kurun Warun’s business card describes himself as a cultural ambassador. He is proud of his work and it’s aboriginality but his not about to be drawn into politics. “I’m not into politics, I’m totally neutral” he said.

No one owes me a living and I owe nothing to anyone else I’m just happy to be doing what I’m doing.