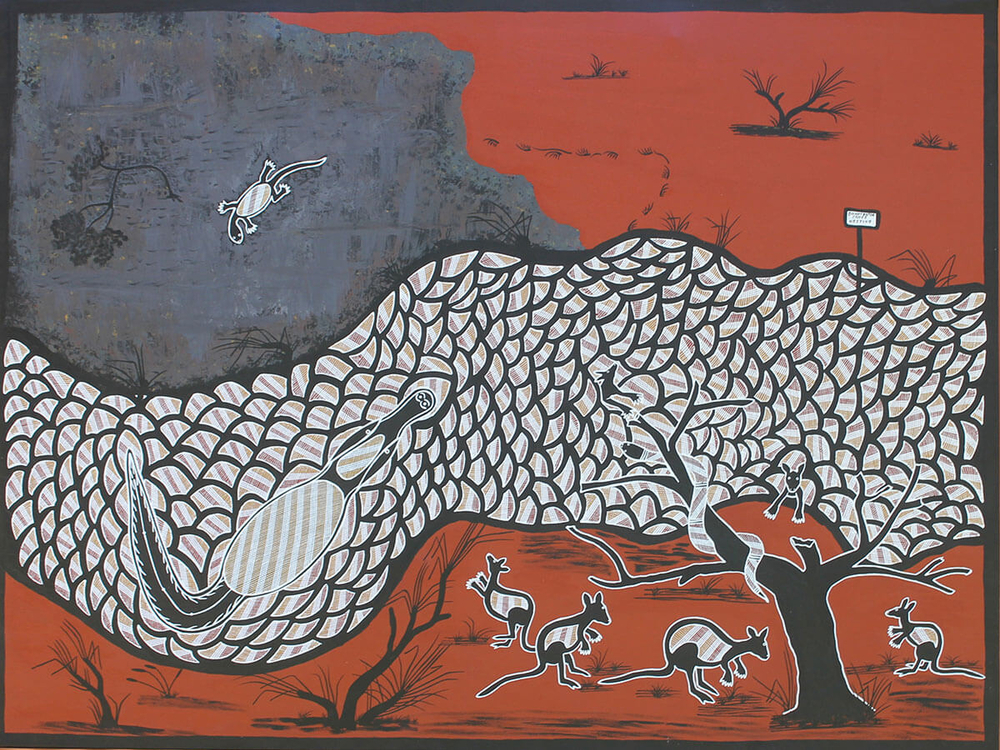 Manuel was born on 5th July 1963, well that is what his driver’s license says as they needed a date. Because Manuel has no official record of his date of birth his passport reads 00/00/1966. Manuel does know the area he was born being King River southeast of Katherine. This is where he spent most of his early childhood. When he turned thirteen, he and his family moved to Eva Valley for a year, then they relocated to Bamyili (Barunga), where they settled and Manuel attended school for only one day. The reason being, Manuel was told by his cousin that if he wanted to stay at school, he had to speak English. Manuel felt shame as he could not speak any English, so he went bush and never attended school again. Manuel learned to master the English language when he started work at Barunga as groundsmen at the school, he was twenty-five. Manuel helped the white workers to learn his language and they helped him with his English.

When he was fifteen, his father taught him the traditional way to do bark painting, teaching him how to harvest and burn the stringy bark, how to straighten it with cross sticks and how to make it ready for painting. He also taught him how to find and use traditional pigment from the bush; white clay (bim); red ochre (marnarr); yellow ochre (gilidih), and black charcoal (jardij)

Manuel’s father also used to tell the young dream time stories about what happened a long time ago when all the animals were human. Nowadays, Manuel is telling these same stories to his sons and nephews because he believes strongly that the culture must be kept alive and passed on to the next generations.

He also is teaching the young people traditional painting techniques, just as his father once taught him. Manuel has been painting since he was fifteen, working on didgeridoos, bark paintings and canvas, using both traditional pigments and acrylics. He has sold numerous paintings through the Art Centre at Manyallaluk to tourists and visitors from all over the world. His work is in high demand and he frequently gets petitioned for special commission pieces.

He is well known among the galleries in Katherine and often gets requests from them for his paintings. He has entered paintings in several regional art shows and won the first prize at the Barunga festival Art Exhibition in 1986 and 1988. In 2000 his painting was accepted as an entry in the Telstra National ATSI Art Award in Darwin. This painting was recognised with an honourable mention and sold eventually to a buyer from Melbourne. In 2001 he sold a large canvas to the Gallery of aboriginal Artists of Australia in Newcastle, NSW. Manuel worked for 10 years as a senior tour guide at Manyallaluk along with his wife Jessica, who is well known for her basket making. Manuel has served frequently on the Manyallaluk Community Council and has had several terms as president.

In October 2010, Manuel and Adrianna Robinson, a dot painter from Yuendumu, were invited to put on a workshop in Japan. The manager of the Kyoto royal Hotel & Spa Group invited them to be part of the “Australian Fair” after participating in the cultural experience at Top Didj & Art Gallery. Manuel had a wonderful time sharing his culture and learning about the Japanese way of life. In 2010 Top Didj Cultural Experience won a Brolga award for Indigenous Tourism.