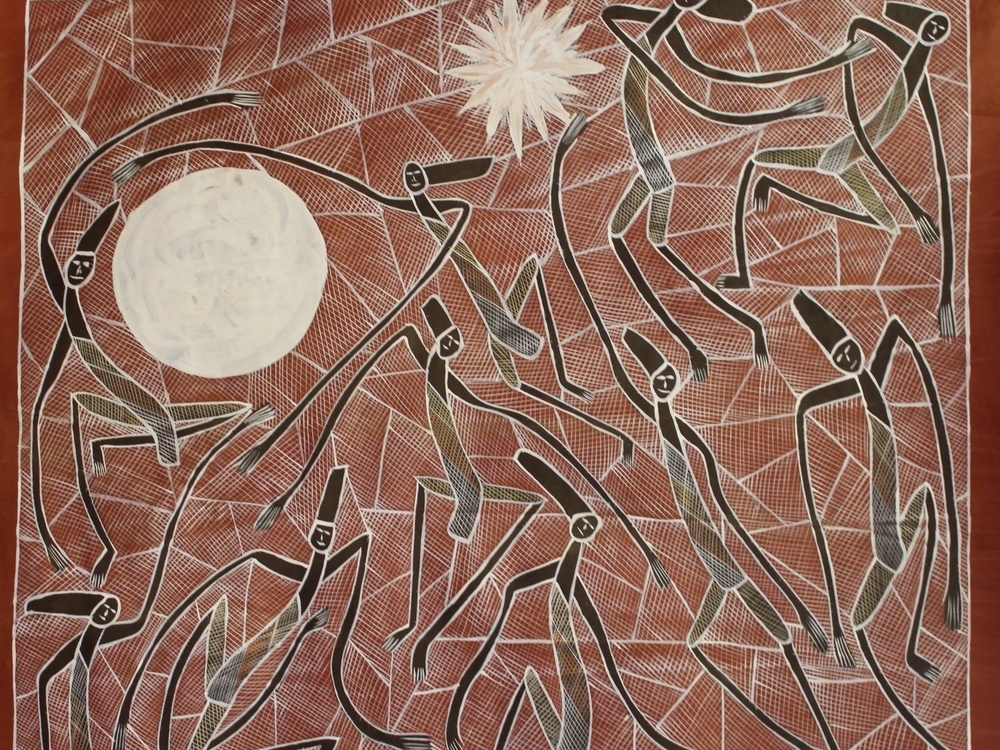 Edward started painting when he was seven years old. “My grandfather would be painting on bark and we kids would sit around him and watch him grind the ochre’s and mix the colours, after a while he would tell us the story for that particular painting and also teach us the songs and dance for that story. When he was in a very good mood, he let us paint the sides of the bark painting that was my start”.

Edward Blitner is from Naiyarlindji and the community Ngukurr on the Roper River, which is approximately 270 km, Southeast of Katherine, NT. It is now called the Yugl Mangl Community.

Many good painters have emerged from that community and are represented in most major Australian and overseas galleries.

It has taken Eddie many years to learn to paint the stories and the Dreamings, passed on to him by his grandfather. Eddie is also an accomplished wood carver. Some of Eddie’s bird carvings stand 2 metres high and are fully decorated and cross hatched

Other members of his clan (Barbil) taught him how to make flint spear heads, traditional hunting boomerangs and most important how to hunt, fish, find bush tucker and make bush medicine to survive.