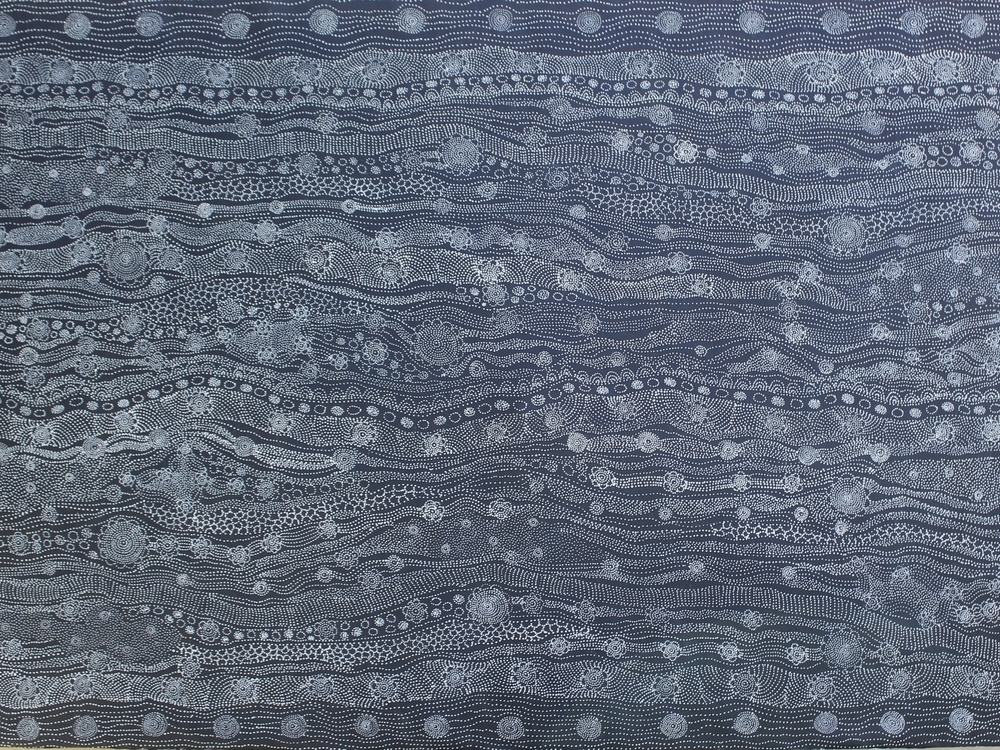 Janet was born at Anningie Station, north-west of Alice Springs NT. In 1975 Janet left school and got a job as a literacy worker producing books in Warlpiri. She worked at the School for 13 years. In 1990 Janet did a course through Batchelor College in the NT and graduated and received a certificate for grade 1 teaching. In 1992 Janet did grade 2 teaching in the classroom, becoming a Linguist teacher.
During her working experience she worked with her elders doing a book about their life, which was called Warlpiri Women’s Voices. It took 6 weeks to finish, transcribing from the tapes and translating into both Warlpiri and English. When the book was finish those involved went to Sydney for the launch.
In 1989, Janet started to paint her stories and dreamings. She sat with her mother and two aunties and they showed her how to paint. Janet also worked as an interpreter for the elders for land claims. In 1990 she was appointed as a counselor for Batchelor College helping remote students get their abstudy and helping trainee Literacy workers in the Literature production centre with their annual reports.
In 1999 Janet had a solo exhibition in Sydney, Chifley Plaza. She also painted a cello with Malcolm Jagamarra, (her brother) for the Melbourne International Chamber Music Competition Inc. Janet went to New York to exhibit her paintings, which was good experience for her future.