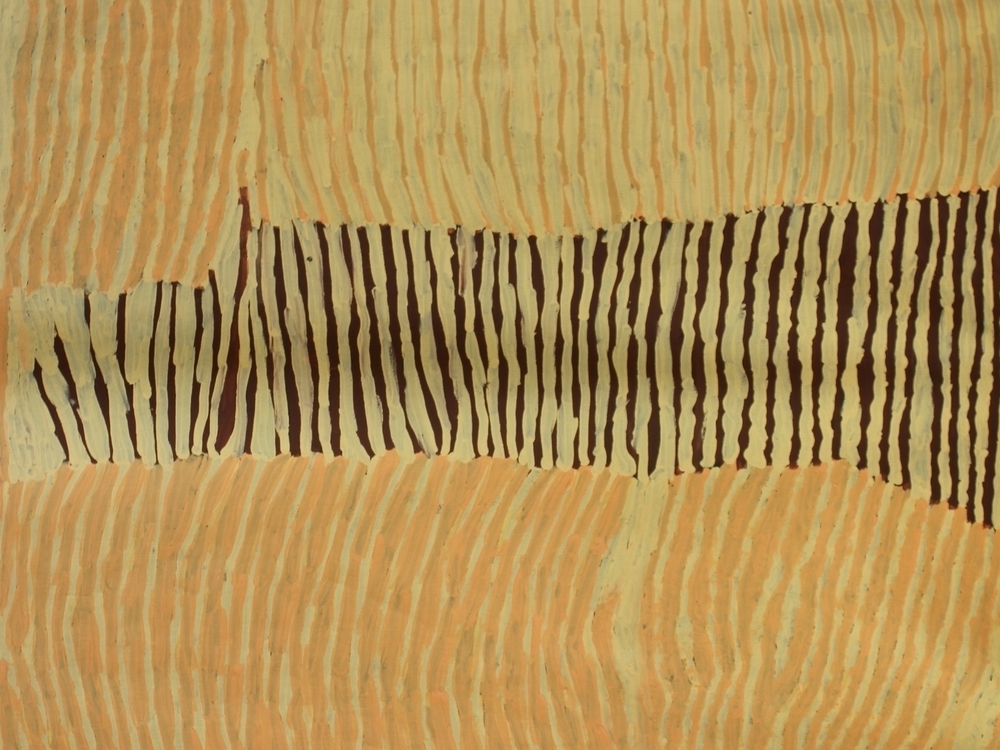 Born in the area of Karrkurritinytja (Lake Macdonald), Makinti Napanangka commenced painting for the Papunya Tula artists in 1996 but had already painted with acrylics on canvas during the Kintore and Haasts Bluff project in 1993/1994. She was an important artist because she was one of the most visible of the first group of women to begin painting in the Papunya area, and also because the expressive freedom of her work indicated significant changes in the prevailing direction of desert art. Women in desert communities have traditional body-painting skills, but generally began painting on permanent surfaces later than the men. As a contemporary artist Makinti was held in the same esteem as her male colleagues. She painted freely rhythmic compositions, usually dense patterns of curving parallel lines or tightly packed cellular shapes. Their elaborate harmonies of colour and form echo on a larger scale the intricate, often tentative little works that gave birth to the Western desert painting movement. Whereas many of the male artists began to paint with conspicuous care when given expensive imported canvas to work on, Makinti had retained a confident spontaneity.