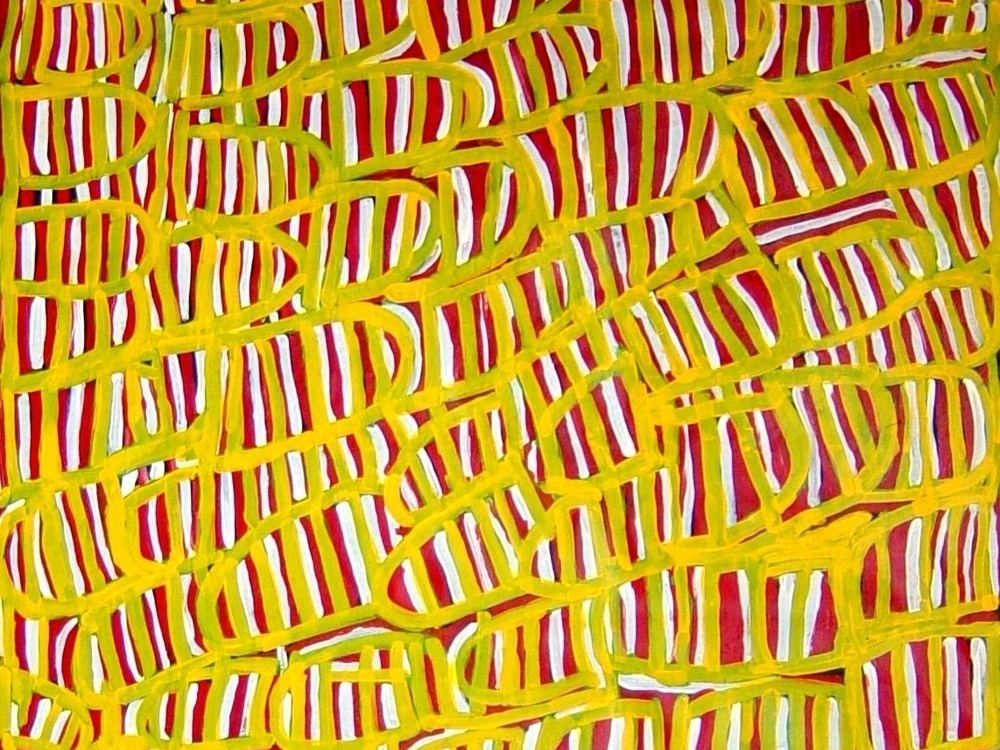 Born in the Utopia Station region, Minnie Pwerle’s paintings depict the designs used in women’s ceremonies called Awelye. She painted very spontaneously, and her works are bold and colourful with predominantly free-flowing lines. Barbara Weir, her daughter, is also an artist.

“Bush Melon” is depicted using a linear design of curves, circles, and breast designs in different colours creating a very loose and bold design, while “Bush Melon Seed” is big and small patches of colour strewn across the canvas. Both these dreamings tell the story of this lovely sweet food that comes from a very small bush and is only found in Atnwengerrp. Once very abundant and fruiting in the summer season, the bush melon is now very hard to find. The women would collect this food, which start off green but ripen to a brown colour, and scrap out the small black seeds. The fruit was eaten immediately or cut into small pieces which were skewered and dried ready to be eaten in the coming months when bush tucker was scarce.