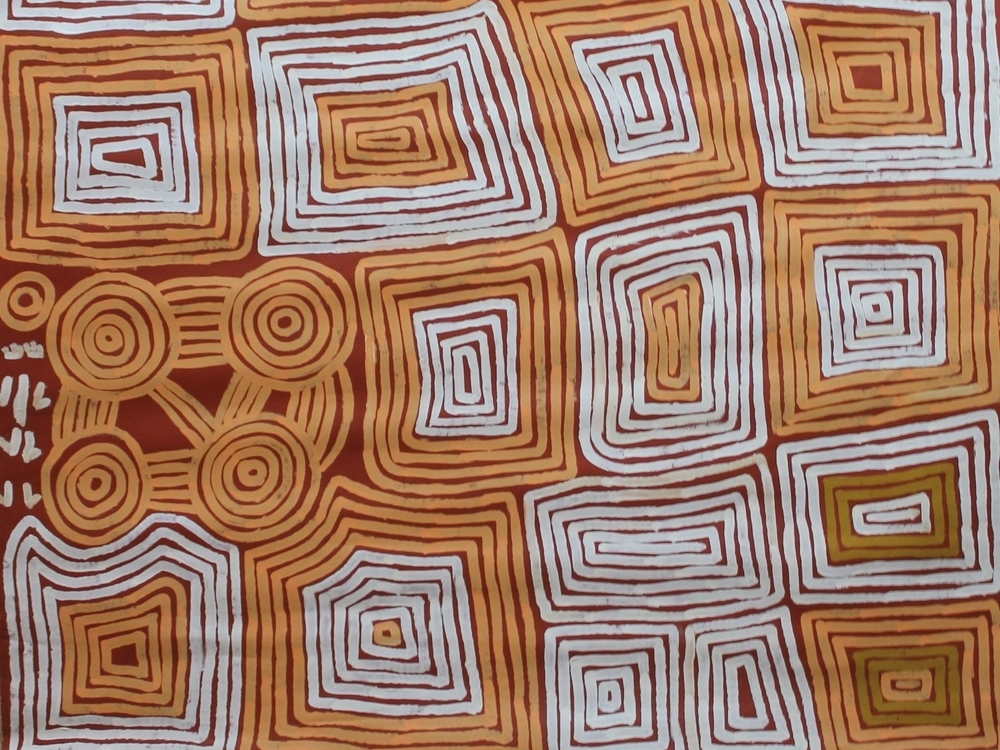 Considered as one of the grand masters of the art movement

Ronnie was born around 1943 near Muyinnga, about 100 kilometres west of the Kintore ranges. His family moved extensively across the Pintupi territory up through the Northern Territory, living the traditional ways, which his people have lived for over 40,000 years.

He was initiated into manhood in the early 1950’s at Yumari near his birthplace. Shortly afterwards, due to drought conditions in the 1950’s, Ronnie and his family moved towards Haasts Bluff and then later joined relatives at the newly settled Papunya community. He found work as a fencer , making the yards for cattle in the surrounding area.

It was during this time that he started to take an interest in the art movement happening at this time. Shortly after he started painting, he discussed with many people about moving back into the traditional lands, which is the basis of their lives. His goal was made possible by the establishment of the Kintore settlement in 1981.

By being more in touch with his traditional lands and the Dreaming, Ronnie soon emerged as one of Papunya Tula’s major artists. His work reflects his direct ties with his culture retaining a purity that many other aboriginal artists have not achieved. Ronnie’s work follows the strict Pintupi style of strong circles joined together by connecting lines relating to the people and the land and the Dreamtime.

His work has a simplicity that makes it appealing, yet mysterious as the uninitiated try to understand what he is painting. By painting the Dreamtime he is helping to resurrect the aboriginal culture as a whole and allow outsiders to learn about one of the oldest cultures in the world. This work is important to the spirituality of this land, bridging the gap between European life and Traditional Aboriginal Life, which is important in exposing and healing this gap.

Being one of the major aboriginal Artists, his work has featured in numerous exhibitions and collections around Australia. He has had solo exhibitions at the Utopia Gallery and the Gallery Gabrielle Pizzi. Several of his group exhibitions include the Dreamtime Gallery, the Australian National Gallery and the Art Gallery of South Australia