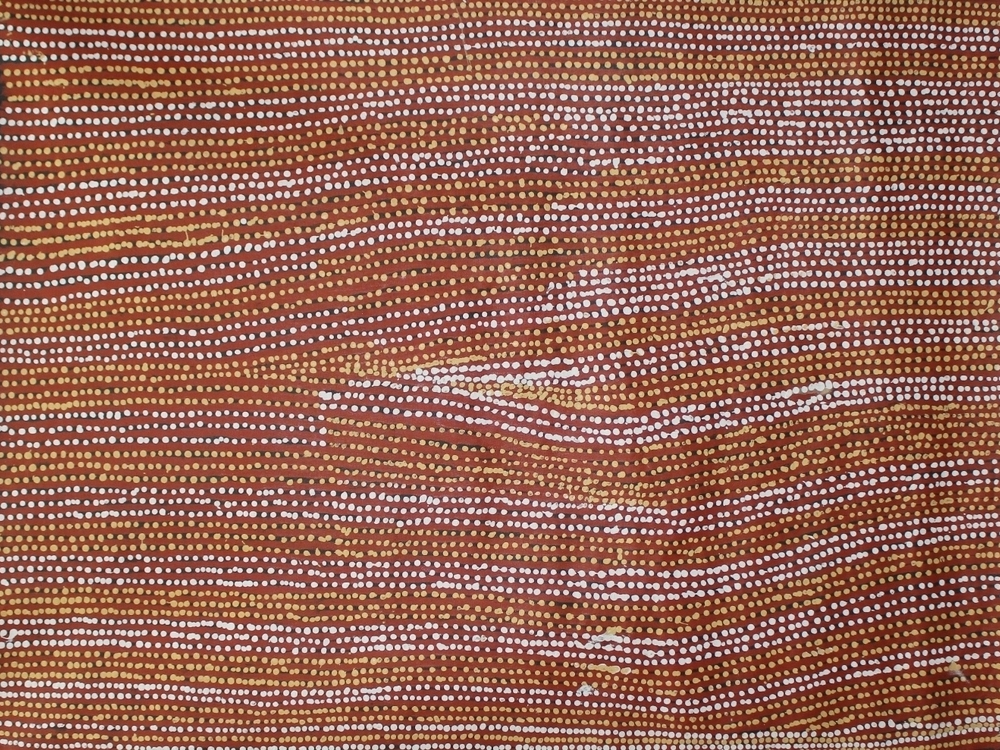 Born at Patjantja in the area of Wilkinkarra (Lake Mackay), Willy Tjungurrayi came to Haasts Bluff and then moved to Papunya. He is the younger brother of Yala Yala Gibbs Tjungurrayi (now deceased), who was a very well-known artist. In 1976, Willy Tjungurrayi commenced painting the traditional Tingari cycle of stories for Papunya Tula Artists.